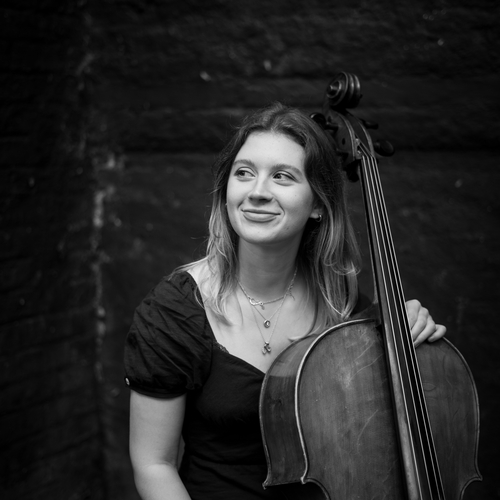 Rosie enjoys a varied musical career as a chamber musician, orchestral player, soloist and teacher. She is especially passionate about the integration of music into all communities and has worked with organisations such as TiPP (Theatre in Prisons and Probation), SoundUp Arts and the Benedetti Foundation. She began learning the cello at the age of 7 in Lincolnshire and developed a passion for chamber and orchestral playing very early on. In 2016, she began her undergraduate at the Royal Northern College of Music where she studied with Hannah Roberts and Jennifer Langridge. Rosie has joined the Artist Masters course at the Guildhall School of Music and Drama where she has been accepted into the class of Timothy Lowe.

Highlights of her orchestral experience include being invited to play with The Manchester Camerata as part of their professional experience scheme and playing in Leeds Town Hall as part of Nicola Benedetti's Four Seasons Tour. She played again with Benedetti in a string orchestra under Leonard Elschenbroich, which was featured on Classic FM. Rosie was invited to lead the RNCM Chamber Orchestra cello section under Henk Guittart during the RNCM Strings Festival. Rosie has been invited to play in public masterclasses with Leonard Elschenbroich and Cecilia Radic. She has also performed as a soloist under Natalia Luis-Bassa.

Rosie has 7 years of teaching experience and has been a member of the Benedetti Foundation since it was first formed. Having recently been appointed as a Lead Ambassador for the foundation, she supports world renowned professional musicians and teachers in warm ups and the delivery of zoom sessions. As well as teaching a number of students privately, she regularly leads group workshops, string orchestra and cello ensemble for Hanson Community Arts in Marsden, as well as taking cello sectionals, beginner group classes and coaching up and coming chamber music groups for Oasby Music Group in Lincolnshire.